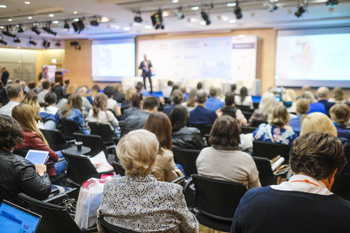 Annual meeting of the Conference

The annual meeting ordinarily lasts two and one-half days and includes: the chief justice's State of the Judiciary Address; a general business meeting at which reports of the committees are delivered and resolutions are presented, and educational programs. The agenda for the annual meeting is set by the Executive Committee of the Judicial Conference and a program committee.

The Executive Committee has general charge over the affairs, policies and activities of the Judicial Conference and is comprised of the following members:

The members are elected by the Conference. No member may serve more than two, three-year terms.

Legislative Committee. Reviews pending legislation and may take positions supporting or opposing bills. To obtain a broad spectrum of viewpoints, the committee solicits judges to review bills within their areas of expertise and interest.