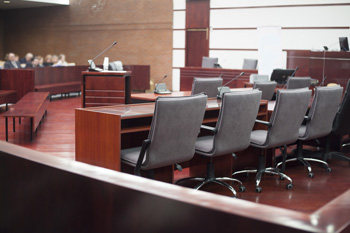 The circuit courts are divided into branches with at least one branch in every county, with the exception of six counties that are paired off and share judges. The paired counties are: Buffalo/Pepin, Florence/Forest, and Shawano/Menominee. The first two pairs are each staffed by a single judge who travels between the courthouses; Menominee County is a federal reservation and both judges for this circuit are located in Shawano. Of the remaining circuits, 25 have a single judge and the largest circuit is Milwaukee County with 47 judges.

Clerks of circuit court are independently elected, constitutional officers who work in close cooperation with the chief judges, district court administrators, and staff of the Director of State Courts Office. The clerks provide management and administrative leadership in each circuit and are indispensable to the effective functioning of Wisconsin's circuit courts.

The circuit courts are funded with a combination of state and county money. State funds are used to pay the salaries of the judges, official court reporters, and reserve judges (retired judges who are assigned to hear cases when the need arises). The state also funds travel and training for the judges.

By law, the counties are responsible for all other operating costs except those enumerated by statute. For those exceptions, which include among other things the costs of providing guardians ad litem (court-appointed attorneys), court-appointed witnesses, interpreters, and jurors, the state provides assistance in the form of statutory formula grants.

The circuit courts were created on April 5, 1977 when Wisconsin voters approved a variety of proposed amendments to Article VII of the Wisconsin Constitution, which pertains to the judicial branch of government. These amendments permitted a reorganization of the Wisconsin courts.

Prior to court reorganization, there were two levels of trial courts in Wisconsin: the county courts and the circuit courts. Although the workload split varied from county to county, in general the judges in the county courts handled probate, juvenile, and traffic matters, and the judges in the circuit courts handled civil and criminal jury trials.