Services for the public 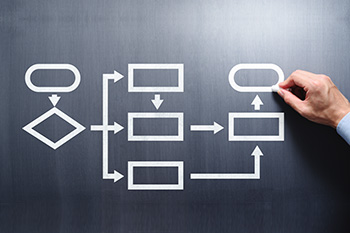 The Wisconsin Supreme Court created the lawyer regulation system to carry out the court's constitutional responsibility to supervise the practice of law and protect the public from misconduct by persons practicing law in Wisconsin. The court has adopted standards of professional conduct for attorneys and confers the privilege to practice law on an attorney on the condition of compliance with those standards. A failure to comply with the court's standards may constitute misconduct or may be evidence of a medical problem.

Initially, OLR staff screens all grievances. If the allegations made are not within OLR's jurisdiction, staff will close the file. If the grievant disagrees with the staff's decision, the grievant may make a written request for the Director's review of the closure. The Director's decision is final. After preliminary evaluation, staff may also forward the matter to another agency; attempt to reconcile the matter between the grievant and attorney if it is a minor dispute; or refer the matter to the Director for diversion, investigation, or resolution by consent reprimand.

If the grievance sets forth sufficient information to support an allegation of a violation of Chapter 20 of the Supreme Court Rules, OLR staff may initiate an investigation. OLR staff will send a letter to the respondent enclosing the grievance and requesting a response within 20 days. In most instances, staff will forward the attorney's response to the grievant for comments.

When the director presents a matter to the Preliminary Review Committee and the Committee determines that the Director has established cause to proceed, the Director may file a complaint with the Supreme Court alleging misconduct. OLR, rather than the grievant, is the complainant in such a matter. If the Director files a complaint, an answer is required within 20 days of service of the complaint. Upon proof of service, the Supreme Court appoints a referee to hear the matter pursuant to SCR 22.13(3) . The referee holds a scheduling conference to define the issues and to determine the extent of discovery. The referee then presides at a public hearing which is conducted as a trial of a civil action to the court. OLR must prove misconduct or medical incapacity by clear, satisfactory and convincing evidence.

Within 30 days after the conclusion of the hearing, the referee will submit his or her report to the Supreme Court, including findings of fact, conclusions of law, and a recommendation of dismissal or discipline. OLR or a respondent may file an appeal of the referee's report within 20 days after the report is filed. If no appeal is timely filed, the Supreme Court reviews the referee's report and determines appropriate discipline in cases of misconduct and appropriate action in cases of medical incapacity. The Court may, on its own motion, order the parties to file briefs.

Either the respondent or OLR may file a motion for reconsideration of the Supreme Court's decision within 20 days of the filing of the decision by the court. The filing of a motion for reconsideration does not stay enforcement of the judgment. The Supreme Court's final dispositions of disciplinary and medical incapacity proceedings are published in the Wisconsin Reports and in The Wisconsin Lawyer.