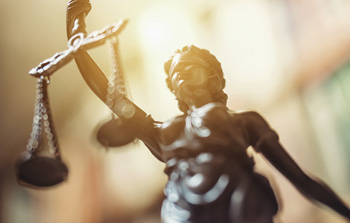 It has also initiated several programs designed to improve the effectiveness of the court system.

A primary function of the Supreme Court is to ensure independent, open, fair and efficient resolution of disputes in accordance with the federal and state constitutions and laws.

Cases come to the Supreme Court in a number of ways:

How a case comes to the Wisconsin Supreme Court diagram

When the Court agrees to decide a case, it receives written arguments (called briefs) from all sides and schedules oral argument (carefully timed presentations by attorneys, punctuated by frequent questions from the justices). The Court publishes its decision in virtually every case it agrees to decide.

Beyond deciding cases, the Supreme Court administers the entire Wisconsin Court System. In this capacity, the Court works to ensure that the court system operates fairly and efficiently. The Court's administrative role has many facets including the following:

During the biennial budget process the Supreme Court, assisted by staff, prepares a judicial branch budget request which then becomes part of the governor's budget proposal. As the budget moves through the Legislature, the Court meets frequently to refine priorities. The Court invites comments from all judges and staff throughout the budget process.

In 1990, the Wisconsin Supreme Court established the Planning and Policy Advisory Committee (PPAC) to help chart a course for the future of the courts. PPAC advises the Court and the Director of State Courts office on planning initiatives, the administrative structure of the court system and the expeditious handling of judicial matters. Chaired by the chief justice, PPAC functions as the court system's long-range planning committee.

The Supreme Court is committed to fostering the use of automation to improve the operation of the courts. Under the court system's in-house technology service, known as the Consolidated Court Automation Programs (CCAP), circuit court software for management of cases, juries and finances have been streamlined, making Wisconsin courts some of the most fully automated in the country. The Court will continue to explore new technologies, including videoconferencing, which have the potential to make court procedures more efficient and effective.

Rules of pleading and practice

As part of its administrative function, the Supreme Court adopts rules under Wis. Stat. § 751.12 to regulate pleading, practice and procedure in judicial proceedings in all Wisconsin courts. Rules adopted under this authority simplify proceedings and promote the speedy and just resolution of disputes.

Juror use and management

In July 1997, following adoption of a rule by the Supreme Court, Wisconsin circuit courts began using the American Bar Association Standards Relating to Juror Use and Management . The standards are designed to improve the jury system for both jurors and court personnel by, for example, shortening terms of jury service. An evaluation of the new system will be conducted after its first year of operation.

Resolving disputes through processes other than litigation may be less costly and may improve consumer satisfaction with the justice system. The Supreme Court has adopted a rule authorizing Wisconsin circuit courts to use certain means of "court-connected" alternative dispute resolution - for example, mediation of small claims disputes by trained volunteers-in appropriate cases. The Court is conducting a review and evaluation of court-connected techniques for alternative dispute resolution.

Another important function of the Supreme Court is to regulate the legal profession in Wisconsin. The Court has established a Board of Bar Examiners (BBE) which oversees bar admissions and monitors lawyers' compliance with Wisconsin's continuing legal education requirements. The Court also sets Rules of Professional Conduct for Attorneys and has established the Office of Lawyer Regulation (OLR), which investigates and prosecutes grievances involving attorney misconduct or medical incapacity.

The Supreme Court also regulates the Wisconsin judiciary. Through the Office of Judicial Education, the Court administers the requirement that judges attend educational programs. The state Constitution also gives the Court authority to discipline judges according to procedures established by the Legislature.

In 1996, the Court adopted a comprehensive revision of the Code of Judicial Conduct, which governs judges' conduct. The Court has appointed a Judicial Conduct Advisory Committee to give informal advice to judges and render formal advisory opinions on whether a contemplated action would be appropriate. The Court has also appointed a blue ribbon Commission on Judicial Elections and Ethics to propose rules concerning the political and campaign activities of judges and candidates for judicial office.