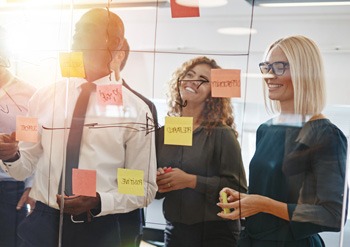 Planning and Policy Advisory Committee (PPAC) advises the Supreme Court and the director of state courts on planning initiatives, the administrative structure of the court system, and the expeditious handling of judicial matters. The committee functions as the court system's long-range planning committee.

PPAC consists of the chief justice of the Supreme Court, one judge of the court of appeals (selected by the court of appeals), 13 circuit court judges (elected in the judicial administrative districts), one municipal judge (elected by the Wisconsin Municipal Judges' Association), two people selected by the board of governors of the State Bar of Wisconsin, and the following people appointed by the chief justice: three non-lawyers (one of whom shall be an elected county official); one public defender; one court administrator; one prosecutor; one clerk of circuit court; and one court commissioner (selected alternately for one term by the Wisconsin Family Court Commissioners Association and Wisconsin Association of Judicial Court Commissioners).

Supreme Court Rule 70.14(4) provides that PPAC shall be kept fully and timely informed by the director of state courts about all budgetary matters affecting the judiciary. This enables PPAC to participate in the budget process. PPAC's primary role in the budget process is to ensure that the court system's goals, as set forth in the critical issues report (see summary below), are considered as part of budget initiatives.

To further strengthen its planning functions and foster a participatory and inclusive decision-making process, in 2001 PPAC established a planning subcommittee. The eight-member subcommittee meets five to six times per year, gathers input from a variety of sources within and outside the court system, and identifies critical issues facing the system. Every other year, the planning subcommittee solicits input from stakeholders about what they feel are key areas for the court system to focus on. The critical issues report is developed to:

The survey identified two critical issues to focus on during the 2022-2023 period:

For questions about planning activities, please contact the Office of Court Operations at (608) 266-3121.

Court safety and security has been identified as a concern since the 2006-2008 critical issues report. Since that time, the court security subcommittee worked to assess the level of available security in Wisconsin courthouses, as well as the state of court facilities. In 2010, the subcommittee conducted an in-depth survey of county security procedures, technology, security personnel, architectural features, and court security requirements and released the "State of Security" in Wisconsin Courts .

Counties have also gained valuable court security education and assistance through the Court Safety and Security Conference, which has been offered every year since 2009. Court officials, court staff, county administration, law enforcement and others come together at the conference to learn about important issues and trends in court security and receive helpful information to take back to their counties to improve court security. The county team approach promoted for this conference provides an opportunity for meaningful collaboration on court security and has resulted in counties making important changes to their county courthouse security measures, resulting in greater safety for court staff and the public.

Videoconferencing is an interactive technology that sends video, voice, and data signals over a transmission circuit so that two or more individuals or groups at distant locations can communicate with each other simultaneously. Use of this technology can result in a range of benefits, including reduced prisoner transportation costs, reduced travel time and costs for court officials and staff, improved courthouse security, improved health care for prisoners, and improved convenience for witnesses in certain types of cases.

This subcommittee, now re-named the Effective Justice Strategies Subcommittee (EJS), consists of justice system professionals both inside and outside of the court system. Working in partnership with the National Center for State Courts (NCSC), Effective Justice Strategies in Wisconsin: A Report of Findings and Recommendations was published in 2012. To date, EJS has focused its efforts on advancing the recommendations contained in the report, including establishing a State Criminal Justice Coordinating Council and creating a full-time statewide problem solving court coordinator position and a full-time evidence based practices coordinator position. EJS also continues its efforts to study current practices, develop resources, and make recommendations on research based approaches to criminal justice.

PPAC has consistently identified self-represented litigants as a critical issue. The court system has responded by developing a number of initiatives to increase litigants' access to justice, including creating statewide pro se forms and forms assistance websites, offering numerous judicial and court staff education programs on assisting self-represented litigants, and partnering with public libraries to ensure they are provided with resources to assist self represented litigants on court processes. In March 2010, PPAC created the Limited Scope Representation (LSR) Subcommittee, which was charged with researching existing limited scope representation programs both nationally and locally and recommending changes for Wisconsin.

From the Front Lines

"From the Front Lines," a PPAC initiative, was a quarterly 'micro' e-newsletter highlighting activities related to a specific PPAC critical issue.

The court efficiencies subcommittee investigated policy and procedural areas with the intent to create a more efficient system, while still protecting litigants' rights. The subcommittee issued a final report in 2006: Subcommittee on Court Efficiencies Final Report and Recommendations

The court financing subcommittee considered issues associated with funding and delivery of court services and tried to identify a stable, effective, and responsible funding mechanism. The subcommittee met from 2002 to 2004 and issued a final report in February 2004: final report; executive summary .

In response to the proliferation of court-imposed surcharges and the difficulty in collections, PPAC created a fees and surcharges subcommittee in 1999. The subcommittee's final report was published in November 2001 and PPAC envisioned they would be useful factual tools to explain the complex fee and surcharge process. A fee chart was also released with the final report and it is still updated when legislative changes necessitate.

The subcommittee report led PPAC to offer legislation to simplify statutory references to court-imposed surcharges. That effort was successful when 2004 Wisconsin Act 139 was signed into law. The new law consolidated all court-imposed surcharges under one section of the statutes and required a fiscal estimate for any future bill seeking to modify a surcharge or create a new one.

The court reporting subcommittee produced a report in 2000 that recommended a digital audio recording system for each county as a backup when a stenographic reporter was unavailable. The subcommittee determined this would assist in creating and preserving the court record, while also maintaining a commitment to the court system's official court reporters. Subsequent to this PPAC subcommittee's work, several non-PPAC committees have also looked at issues involving making the record.

In 1994, PPAC issued a study entitled, "Report and Recommendations on the Role of Wisconsin Court Commissioners." The study focused on court commissioner functions and the administrative structure needed to ensure accountability. The result of the report was Supreme Court Rule 75 , adopted in March 1998, which provided for the appointment, performance evaluation, continuing education and discipline of judicial court commissioners.