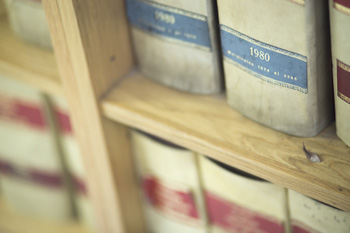 In the year 2003, the Wisconsin Supreme Court celebrated the 150th anniversary of its formation as a separate court with a variety of events and publications designed to tell the story of the state's highest court. The Wisconsin courts have many stories to tell. Legal lore, trivia, biographies, summaries of famous cases, and even a script for a play and an Emmy-award-nominated video documentary are available through this site.

The year 2004 marked the 50th anniversary of the U.S. Supreme Court's landmark decision in Brown v. Board of Education of Topeka, Kansas. This decision, which said that separate does not mean equal, helped to launch the civil rights movement across our country. Materials on Brown, including teaching tools, program ideas, and speaking points, are available in the 2004 Law Day Planning Kit , produced by the Director of State Courts Office. Also provided in the kit are summaries of school-related cases that have been decided by Wisconsin's appellate courts.

Back to resources for teachers