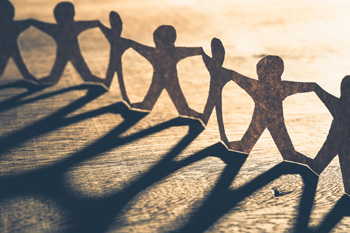 In addition to its case deciding, administrative and regulatory functions, the Supreme Court and the chief justice have initiated programs designed to improve the effectiveness of the court system. Following are brief descriptions of some recent initiatives.

Serving families in crisis is one of the most important functions of the court system and there is growing national concern that the services these families receive may not be adequate.

In an effort to address the concern, the Wisconsin Supreme Court, through the Director of State Courts Office, has received federal grant funding since 1995 for the Children's Court Improvement Program. The purpose of the Children's Court Improvement Program is to improve the processing of child abuse and neglect, termination of parental rights, and adoption cases in the court system. The highest court of appeal in all 50 states, the District of Columbia, and Puerto Rico currently participate in the program administered by the U.S. Department of Health and Human Services, Children's Bureau.

To ensure that the Wisconsin judiciary maintains its high quality, the Supreme Court seeks to enhance judicial careers in Wisconsin, whether by assisting judges with their daily workload or by offering them opportunities to expand their professional horizons in the following ways:

The Wisconsin Supreme Court seeks to foster court-community collaboration by engaging in a variety of public outreach activities and by involving the public in the work of the courts.

Collaboration with the legislative and executive branches

The three branches of our state government have a common goal-to serve the public. Although separate and independent, the three branches must find ways to work together to the end of serving the people of Wisconsin. The court system continues to seek new opportunities for better communication, cooperation and collaboration with its partners in the legislative and executive branches of state government and also with its partners in county and local government. A few examples follow: